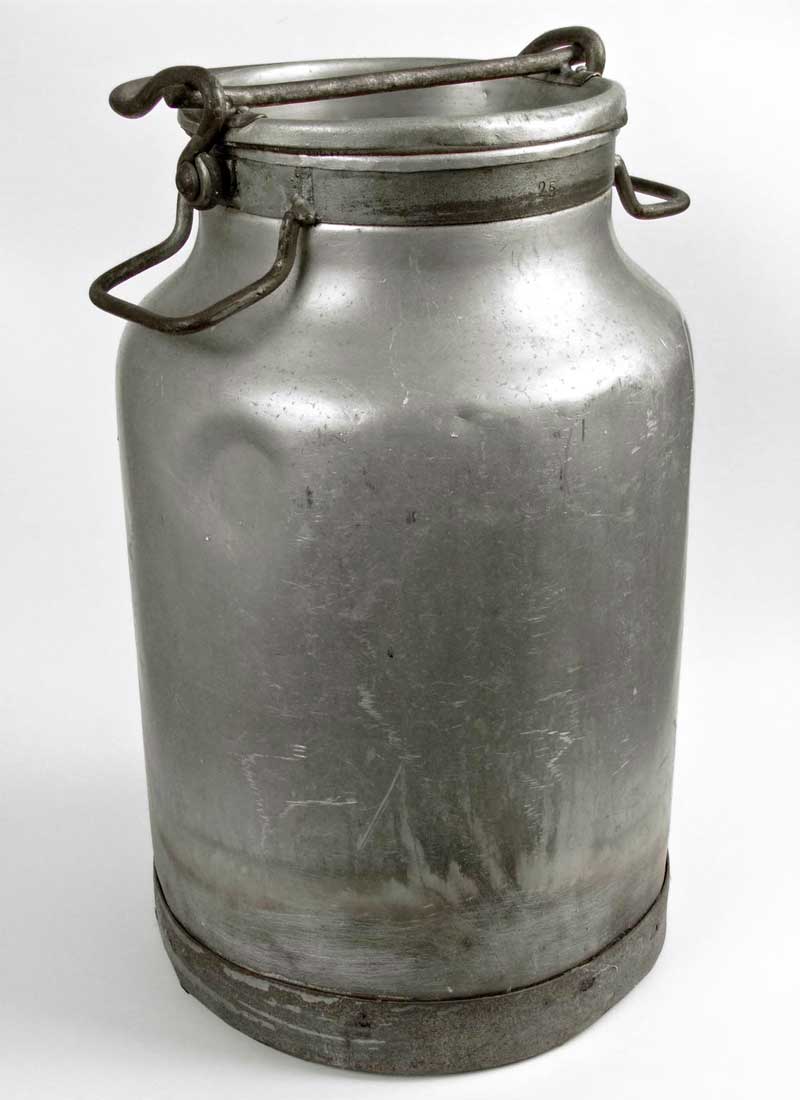 In Italy, in the early 1900s, farmers brought milk to the market in tin, copper or glass jugs. In the mountains they hung on the back of the dry mules supported by a wooden rod. As soon as World War II ended, twice a day the milk was brought to the dairy or plant with tin buckets or sheet metal bands.

Those who had the largest amount of milk took it to the dairy or plant on wagons on which large cauldron or copper cauldrons were hung. In this context, in the early 1950s, the Condor company started its activity. Milk transport bins, milk containers, milk cans, milk tanks and other breeding accessories were produced. The most widely used material back then was aluminum, but steel and copper were also used for certain applications.

Milking until the mid-1970s was mainly manual and the stables did not have as many animals as they do today. The milking bucket and the milk transport bin were used to the dairy. Condor started producing cylindrical aluminum milk cans with capacity from 10 to 50 lt; the lid of the milk cans was always made of aluminum and the closure was galvanized steel.

Cylindrical milk cans, however, were decidedly restrictive in mountain areas, as often the only communication route between the farmer's house and the dairy was a small and dangerous path.

From this objective difficulty, born the idea of making milk cans with a parallelepiped shape, with rounded edges, which narrowed at the top, forming the mouth. The backpack milk transport bin, as it was called, was equipped with four hooks, two at the top and two at the bottom, which allowed two straps to pass through.

With these you could bring the milk can hanging on your shoulders, like a real backpack; the skills ranged from lt. 10 to lt. 30. Backpack milk transport bins were very suitable to be transported with mules, as their flat part facilitated locking on the animal’s saddle.

In the mid-1980s health authorities began advising the storage and transport of milk in stainless steel cans. The same advice also concerned the milking bucket, which no longer had to be made of aluminum, but made of stainless steel.

Given the growing demands from dairies and ranchers, Condor decided to invest in the production of stainless steel bins for milk transport and buckets for milking in stainless steel. The capacities of the steel bins started from lt. 30 up to lt. 50, while that of the milking bucket varied from lt. 23 to lt. 34.

Between the 1980s and early 2000s, Condor produced over one hundred stainless steel cans a day and as many buckets for milking, in various capacities.

Stainless steel bins were used to transport and hold other food liquids as well, so we started talking about oil cans. Usually the structure of oil cans is decidedly different and less robust, a feature that prompted customers to use milk cans, more robust, also to transport oil.

One of the biggest difficulties related to bins was the heavy work they entailed. In fact, they had to be loaded onto trucks twice a day for transport to the dairy, emptied by hand and then washed. These operations involved a lot of effort and manpower.

At the end of the 1990s, the first stainless steel tanks for milk transport appeared in Italy. They required much less manpower, the truck with the tanker went twice a day to pick up milk directly from the farmer, and then took everything to the plant or dairy.

Condor obviously did his utmost to change, prudently, but calculatedly, part of his production, expanding it with new items such as stainless steel tanks for milk, milk tanks and stainless steel jars.