Milk Mixer with or without electricity? 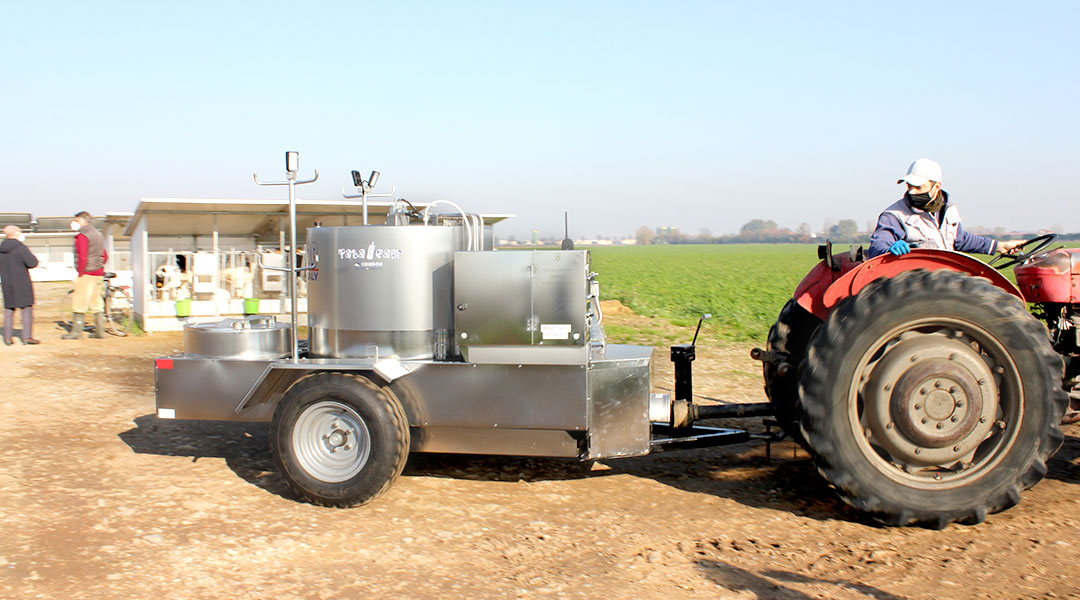 What are the differences between the milk mixer that needs electricity and the calf milk mixer with operation without electricity?

Condor has been producing milk mixers for calves, piglets and small animals for over 15 years and almost all of the production is following specific requests from customers, starting with the capacity of the milk mixer, ranging from 50 to 2000 liters. All milk mixers can be positioned on a fixed base or can have a specific base, equipped with wheels. The machines with a capacity up to 600 liters are equipped with an electric traction motor, while the milk mixers with a larger capacity, over 600 liters, are built on a wagon chassis, to be towed with a quad or a lawn tractor. In these cases, sitting comfortably, you can distribute the milk and control the quantity of milk to be dispensed directly from the dispensing gun.

All milk mixers, both with fixed base and those positioned on wheels, require electricity for most of their functions. In fact, traditional machines are equipped with electric heating elements, a motor for mixing powdered food with the option of a speed variator to also mix fresh milk, an electric and electronic cabinet for controlling all its functions.

But specifically, how does a traditional milk mixer work?

First of all, both on a fixed base and on wheels, the milk mixer must be connected to the electricity, via a suitable electrical socket with wire, and the right amount of water must be added to the stainless steel tank for food preparation. For the preparation itself it is necessary to operate the electric mixing motor and proceed with the addition of the powdered food. Once the milk has been mixed and checked that the distribution temperature is suitable, the milk mixer must be disconnected from the electricity supply and the operator can start distributing the food. The milk mixer can, through a specific mixing motor and speed variator, heat and mix fresh milk.

Condor's new non-electric calf milk mixer does exactly as described above, but must never be connected to electricity. It can mix and distribute without the need to connect to 230V or 380V sockets, perfectly maintains the food temperature even after several hours of work, and is easy to use even for a single operator. It is also equipped with a programmable dosing pump, with insulated distribution pipe that can reach up to 25 meters away, has LED spotlights, bucket brackets, insulated bottle holders, but also leaves plenty of room for the individual needs of the farmer.

The mixer tank has a wagon frame that can be equipped with a traction axis, if the courtyard area has steep slopes. The new Condor milk mixer increases animal welfare and ensures the integrity of the food from the first to the last delivery, thanks to the continuous mixing of the food during distribution to avoid food separation, and constant heating to maintain perfect distribution temperature.

These two functions are not feasible with milk mixers powered by electricity.

The new Condor milk mixer is patented and can have a maximum capacity of 2000 liters.